If you want to learn fashion, then you need to remember this name: Gabrielle (Coco) Chanel.

Through revolutionising haute couture and prêt-à-porter, Chanel became the definition of fashion. Her adaptation is both admirable and inspirational; a voice of liberation by trademarking her clothes with elegance and originality. She declared that fashion is not just clothes, but an expression of values and beliefs. Her out-of-the-box thinking is what turned her into the fashion legacy she is today.

“Fashion has become a joke. The designers have forgotten that there are women inside the dresses. Most women dress for men and want to be admired. But they must also be able to move, to get into a car without bursting their seams.” – Coco Chanel

Coco introduced masculinity into feminine fashion in attempt to achieve practicality. She reinvented womenswear with the inclusion of pants, blazers, t-shirts, pyjamas, hats etc., inspired by menswear. She redefined the colour black, stripping it away from its association to mourning and servants by showcasing the significance of a ‘little black dress’. Her fragrance, Chanel No.5, became the scent of confidence and independence. The Chanel 2.55 bag became the birth of shoulder bags and pearls were deemed as THE accessory to accessorize with. People began to familiarise simple and sophisticated as Chanel’s mantra.

By pioneering new elements into fashion, she herself became fashion. She believed that luxury was synonymous to comfort so she made functional, fashionable. Her efforts were ahead of her time and symbolic to feminism. She took the daring and made it the desirable.

Chanel was founded over a century ago (1909). With over 200 boutiques worldwide and selling wholesale to approximately 40 countries, Chanel still remains one of the top luxury brands in fashion history. Every year, 2 Haute Couture collections and 6 Prêt-À-Porter Collections are released. Chanel continues to make an impact on fashion, by rather ignoring trends and focusing on the ageless.

Chanel’s originality continues to attract buyers, and this truly exemplifies the timelessness and the conceptualism of her work. Her forward thinking and intense motivation towards the ever-changing world of fashion must be widely acknowledged and hugely credited.

Coco Chanel made a name for herself, and she was nothing but a visionary. 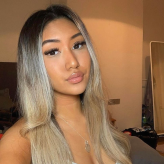 I am a second year student at Cardiff University, studying Journalism and Communications, with the intent of going into Fashion Journalism in the future.

How to Maintain Healthy Foundation of Your Home