Whispers of a Jacquemus and Nike hook up began back in February 2021 when Nike collaborator and Ambush founder Yoon Ahn posted a picture on Instagram with the caption, “Checks Over Stripes”, The photo featured some of Nike’s well-known partners, including Virgil Abloh, Travis Scott, Matthew Williams, Martine Rose, Hiroshi Fujiwara, Tom Sachs and Drake. Also among them was French designer Simon Porte Jacquemus, who at the time had no know affiliation to the Swoosh.

In September 2021 the official Jacquemus account shared its then most recent campaign. In it models sported the très chic, clingy dresses that had won over fashion editors and celebrities (Gigi Hadid, Dua Lipa etc) alike. On their feet were a series of Nike sneakers – Shox, 6E, and 6F silhouettes – which added further fuel to the fire. 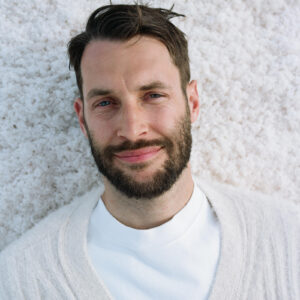 Perhaps unsurprisingly, it has been confirmed that Jacquemus and Nike have been working on a collaboration together for the best part of three years. Today the luxury label announced the partnership via a video on Instagram, which featured a beach volleyball court and Jacquemus and Nike branding.

And while we haven’t been given an official look at any of the collaborative pieces yet, which will land in stores in late June, we do know that it will be a unisex drop, with traditional womenswear pieces designed for everyone. The 15-piece collection comprises a camel-hued, Jacquemus take on Nike’s Suede and Swoosh-emblazoned Humara footwear design, which sits next to unisex pleated skirts, bike shorts made from Nike’s seamless technological fabrication and floppy, dual-branded bucket hats. 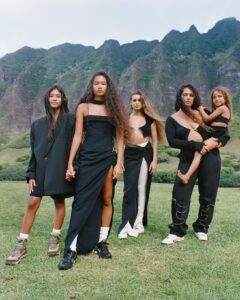 For this collaboration with Nike, I wanted to create a collection that reinterprets athletic women’s sportswear in a minimal way,” 32-year old Jacquemus said in a press release. “I have always been inspired by vintage ACG pieces and Nike campaigns from the ’90s. It was important that the collection be accessible to all bodies, and that it is a mix of Jacquemus style and Nike performance.”

The collaboration, which arrives in the year of Nike’s 50th anniversary, makes total sense. Jacquemus’ latest catwalk collections have been imbued with a sporty vibe, and the designer sent male and female models down the catwalk in figure-hugging, scuba cycling shorts, hiking boots and swimwear for AW’21. Meanwhile Nike has a long history of partnering with fashion designers, from Rose and Abloh to Samuel Ross, Rei Kawakubo, Kim Jones and Sacai.

To stay updated on everything happening in the sneaker world drops , check out the best collaborations to add to your rotation this week, follow @stylecartel on Instagram, and sign up to our newsletter for early access to the best drops sent straight to your inbox.