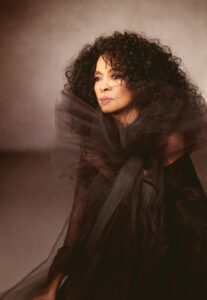 “One of the biggest crowds Glastonbury has ever seen” – Daily Mirror

Diana Ross’ highly anticipated Glastonbury debut, described as an “Explosion of Joy” by The Guardian and “Euphoric” by NME, delivered hit after hit, as well as three leading tracks from her latest album, and first release in over two decades, ‘Thank You’. The icon performed the eponymous ‘Thank You’, the dance-inducing ‘If The World Just Danced’ and uplifting anthem ‘Tomorrow’ as an opportunity to voice gratitude and personal dedication to her audience.

Diana Ross expressed on stage “Everybody here and everybody watching on global television around the world, I want you to know I am so grateful for this life, so grateful to be here with you, I’m filled with thankfulness.”

Ms. Ross can also be heard on the lead track for Illumination’s Minions: The Rise of Gru The Original Motion Picture Soundtrack, ‘Turn Up The Sunshine’ the hotly anticipated collaboration from Diana Ross ft. Tame Impala. The funk-fuelled soundtrack, produced by 2022 Grammy Producer of the Year Jack Antonoff, is released today, alongside the film’s theatrical release, via Decca Records. Available here.

Diana Ross’ Thank You album is out now via Decca Records, listen here

Doja Cat is one of our favourite girls at the moment