We were excited as you that physical fashion shows were back, especially Alexis Mabille FALL 2022 HAUTE COUTURE show. The reality star designer featured on the Housewives of Beverly Hills wants us to be a Diva like his friends on the show. Are you ready for more runway inspiration? It is award season. 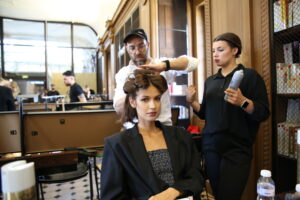 We go backstage at Alexis Mabille FALL 2022 HAUTE COUTURE for all the scrumptious beauty, hair and first looks. 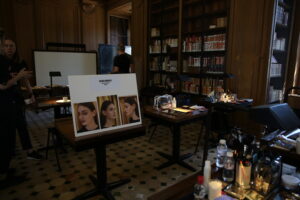 At the show designer asked, “Do you think I’m a diva? Then okay, I’m a diva!” yelled Alexis Mabille. He was channelling Aretha Franklin’s quote as the headline of his couture collection. “In life, it’s just a matter of s’assumer!” he remarked. 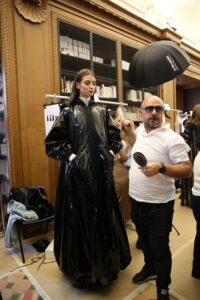 Diva par excellence Dita Von Teese graced the front row, applauding Mabille’s creations, which spanned a rather varied repertoire. “I didn’t want the collection to be coherent but embracing many different directions, like on a red carpet,” he mused. Actually, incoherence was in no shortage, but, as Mabille underlined, it was assumé. 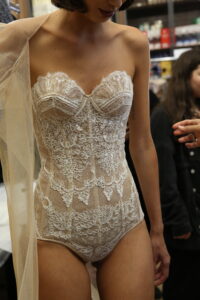 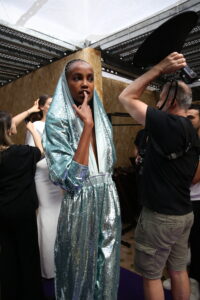 The designer brushed on many couture archetypes: robe bulles with short taffeta shifts were enveloped in round-shaped capes attached to the hem as cocoons. Devious strapless numbers à la femme fleur in luscious velvet had satin petals sprouting from the décolletage. For the modest clients there were glamourous caftans in dense crêpe marocain sported fluid plays on draping. 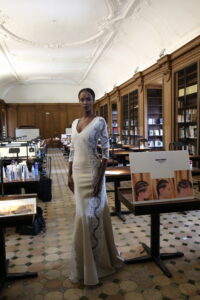 A smoking made an inevitable appearance, obviously worn sans trousers on bare legs, a big bow on the shoulder trailing all the way to the floor. And a couture version of the masculine white shirt was cut generously in billowy gazar and given a sexy twist paired with straight-leg pants in see-through black lace. 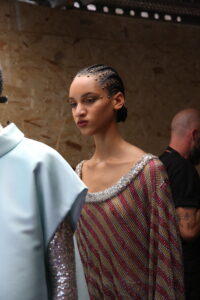 Silhouettes and volumes were as individual as the characters Mabille wanted to portray, running the gamut from the tight fitting to the prodigious, from tailored to flou, from lingerie to sport. “Divas are capricious creatures,” he said. “It’s part of their charm. If a woman feels like being capricious, so what? Il faut s’assumer.” 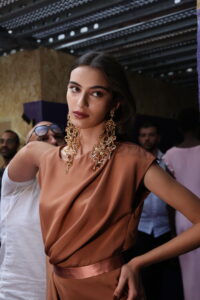 To stay updated on everything happening in the Fashion and streetwear world drops , check out the best collaborations to add to your rotation this week, follow @stylecartel on Instagram, and sign up to our newsletter for early access to the best drops sent straight to your inbox.

How to cut costs on your next big renovation project